Every two years, the Scottish Government decides upon a new theme designed to coalesce various strands of cultural activity, from arts, to heritage and tourism and so on. The brand is designed in such a way that it can be adopted easily by Scottish businesses and organisations. It has a dual role; initially it operates as an awareness raising and adoption tool for Scottish business and organisations, and then it shifts after launch to become a consumer focused brand, usable by those organisations and by VisitScotland alike. The Events department at VisitScotland manage the theme and the design team develop the brand

Mark Haddon's role in the past two such projects has been Creative Lead throughout the development and deployment of the brand. In both these different themes, I've run the creative process in the same way; creative workshops with stakeholders and design team built around the Inclusive Design model. Various individual prototypes arise and the team splits into as many smaller more focused creative groups around these. The resulting worked up ideas are then presented back to the client and to the Scottish Government for appraisal. The selected design is then worked up into a set of assets and guidelines. 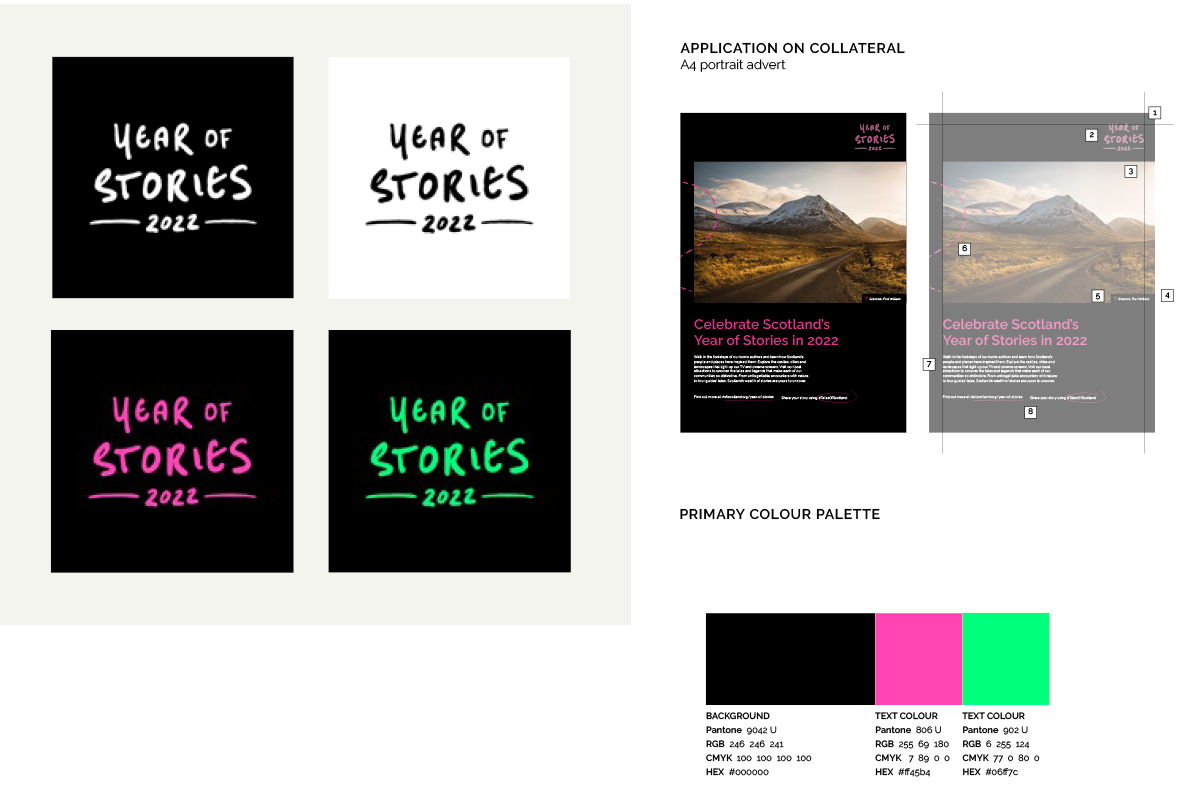 Pages from the Year of Stories 2022 design guide 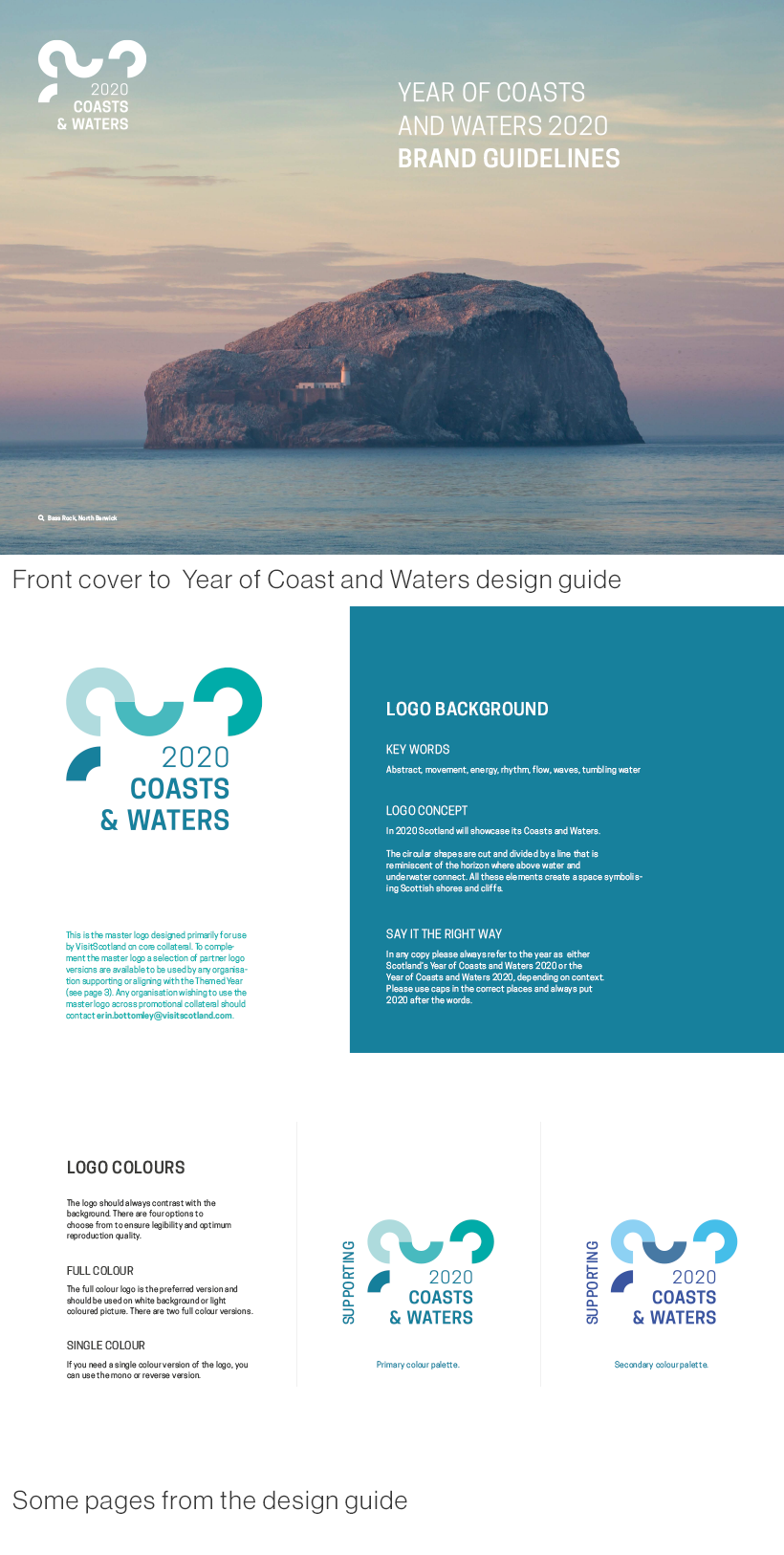 Pages from the Year of Coast and Waters 2020 design guide