Back at the beginning of the pandemic, we worked with the VisitScotland corporate team to produce an identity that would simply and perceptibly unite messaging and comms to Scottish Tourism businesses. It was felt, correctly that earlier established identities used for such comms were no longer fit for purpose with such extraordinary pressures now being faced by the sector. The plan was that the identity would not only be a focus for recovery, but would provide an umbrella for sub-campaigns as the pandemic evolved. Shown here are iterations for the Get Tourism Ready campaign.

Mark Haddon's role was Creative Lead throughout the development and deployment of the identity. We established early on that while the identity would focus on hope and positivity, it would remain strongly aligned to the existing corporate brand.

As with most identity projects at VS I ran the creative process in the same way; several individual prototypes would arise from creative workshops with stakeholders and the design team using the Inclusive Design model. The team then splits into as many smaller more focused creative groups to develop ideas independently. The resulting worked up ideas are then presented back to the client for reviews. The selected design is then worked up into a set of assets and guidelines and deployed. 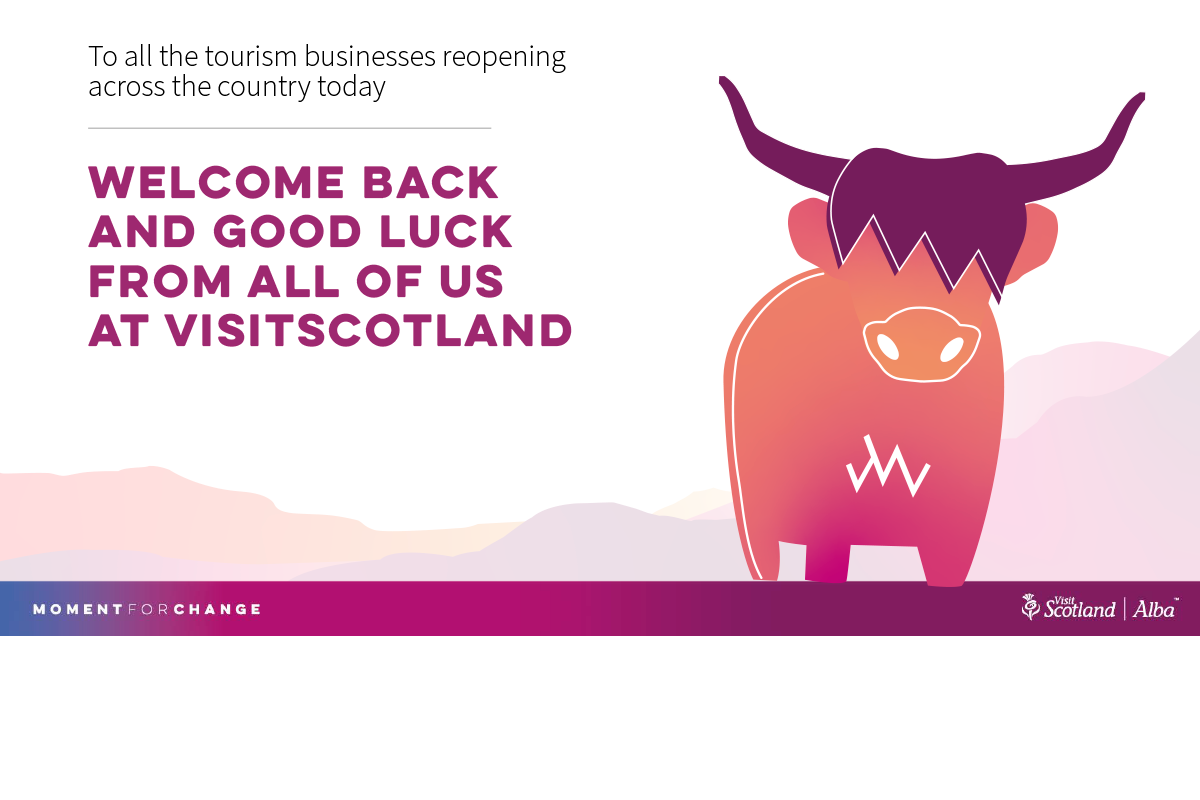