WeeWindaes for the National Library of Scotland

WeeWindaes is a Scots heritage web project for the National Library of Scotland funded by Creative Scotland. 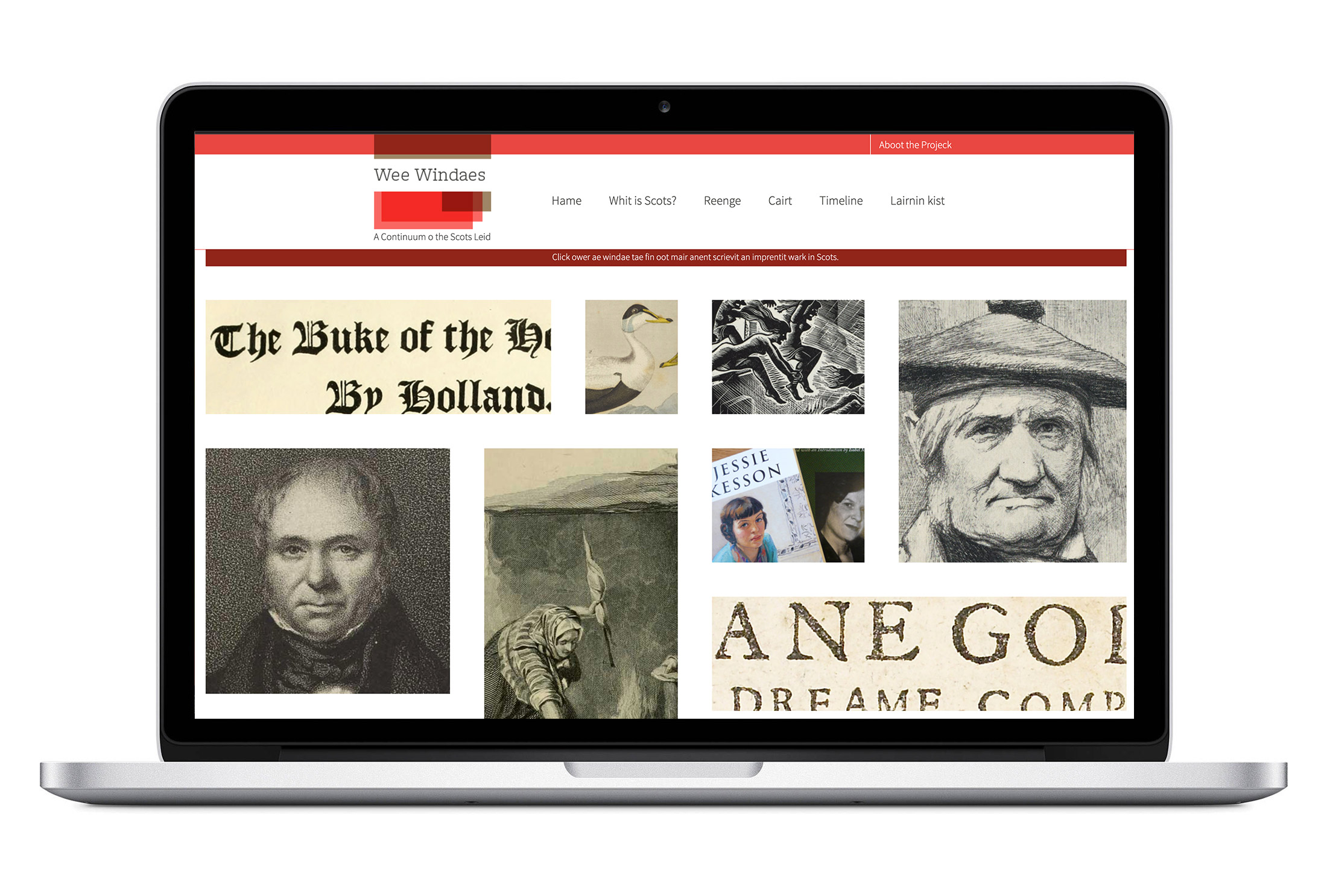 Working in conjunction with the Learning Team at NLS in the early planning and concept stages, Mark Haddon then went on to design, and project manage the development and delivered the website.

Awards: The site was presented in the Scottish parliament by John SwinneyThe site received the Scots Language Award 2020. 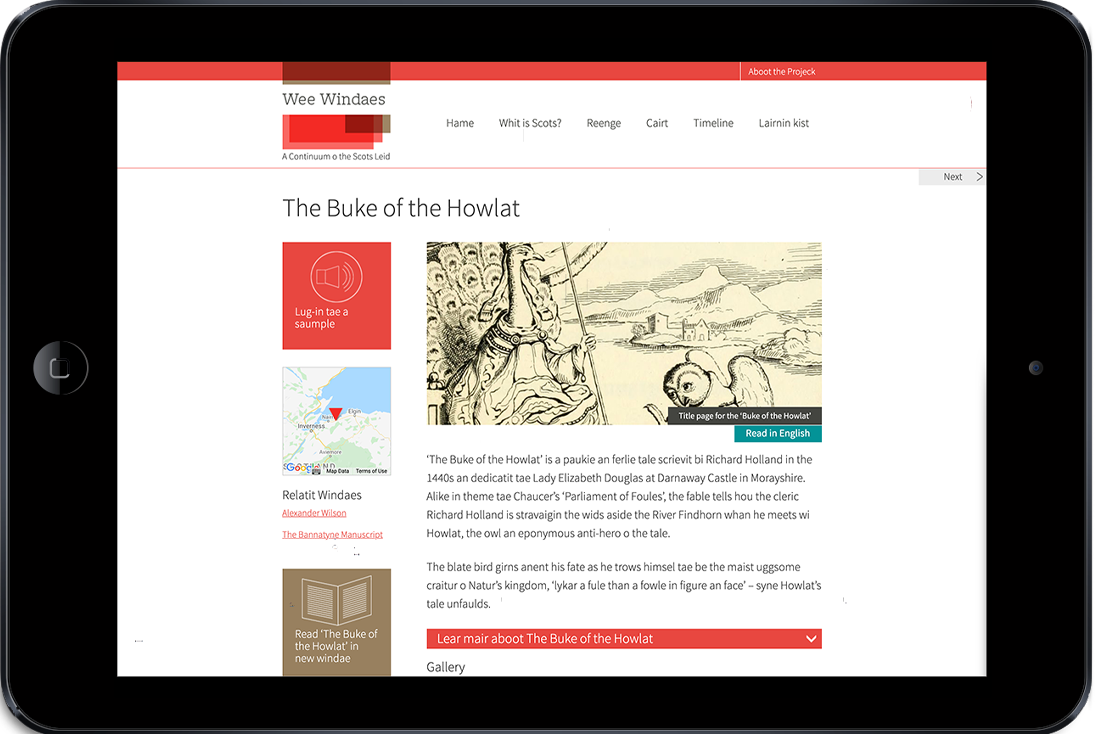 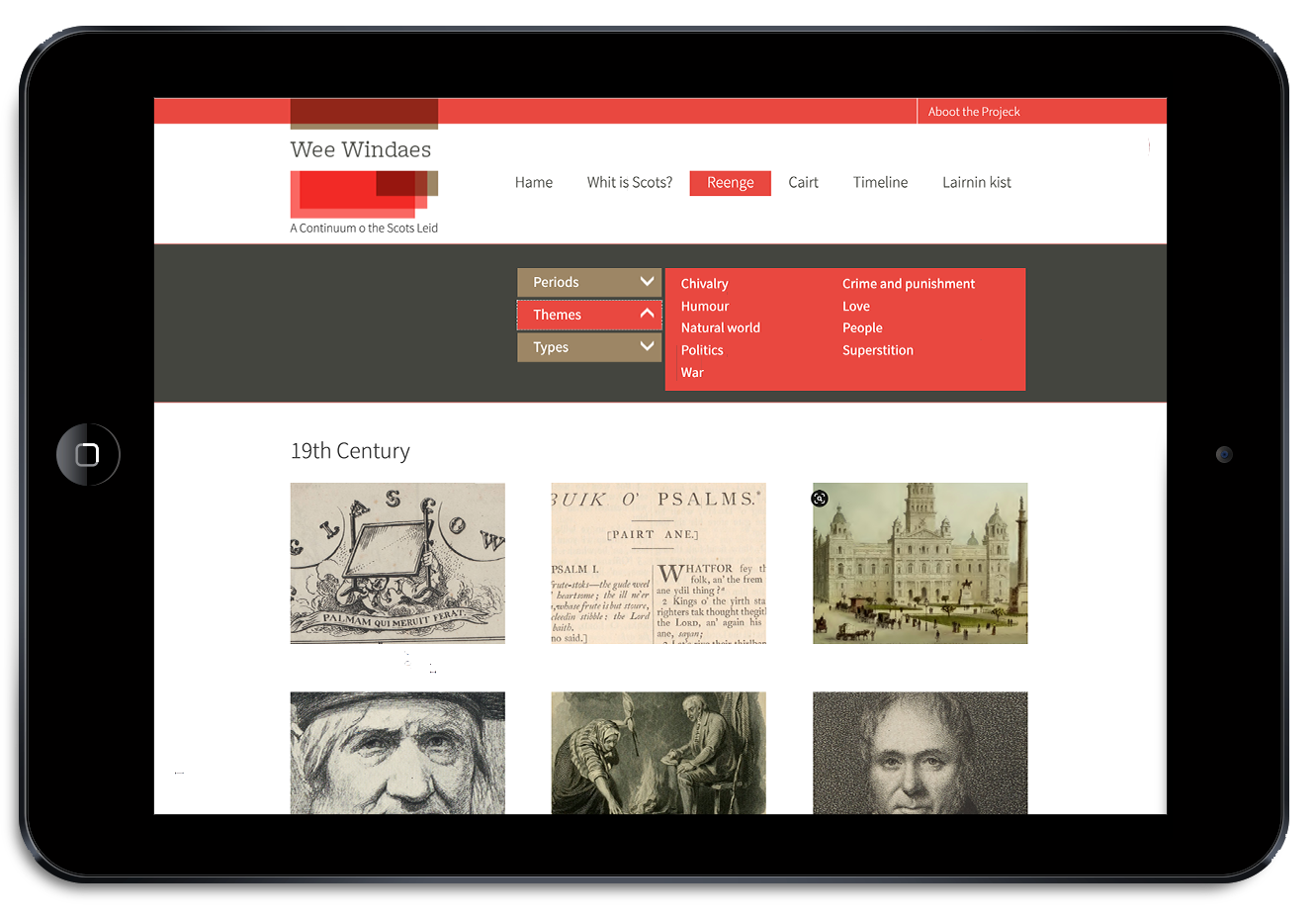